Avatar 2 – The Way Of Water Photoshoots Let Us Teach You "The Way Of Water"

Join Hannah Mermaid, Lana Chromium, and myself on the 4th & 5th February at The Underwater Studio in Long Beach, CA, for a once-in-a-lifetime “Avatar 2” themed underwater photoshoot!

I’ll be transforming my water-filled studio into the Oceans of Pandora, complete with amazing corals and beautiful landscapes.

Guests will be body-painted by the legendary Lana Chromium, coached by the world famous Hannah Mermaid in the “way of water”, and then photographed by me (Brett Stanley) in our amazing set!

My pool studio will be transformed in to the oceans of the planet Pandora, a beautiful coral reef based off the visuals seen in the film Avatar 2 – The Way of Water. See the below images for reference:

10% of all proceeds will be donated to Dolphin Project, a non-profit charitable organization, dedicated to the welfare and protection of dolphins worldwide.

Founded by Richard (Ric) O’Barry on Earth Day, April 22, 1970, the organization aims to educate the public about captivity and, where feasible, retire and/or release captive dolphins.

The mission of Dolphin Project is to end dolphin exploitation and slaughter, as dolphins are routinely captured, harassed, slaughtered and sold into captivity around the world – all in the name of profit. Dolphin Project works not only to halt these slaughters, but also to rehabilitate captive dolphins for retirement and/or release, investigate and advocate for economic alternatives to dolphin slaughter, and to put a permanent end to dolphin captivity.

This is an incredibly custom photoshoot and anyone participating will look amazing in this unique scene – and for fans of Avatar it’s going to be an epic way to feel part of the Na’vi.

Everything in the Standard Package plus:

Click the button below to go to our booking form. Select the date you’d like to book, choose “Other” for the package, and type “Avatar”. 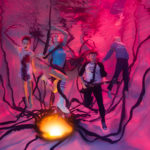 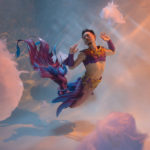